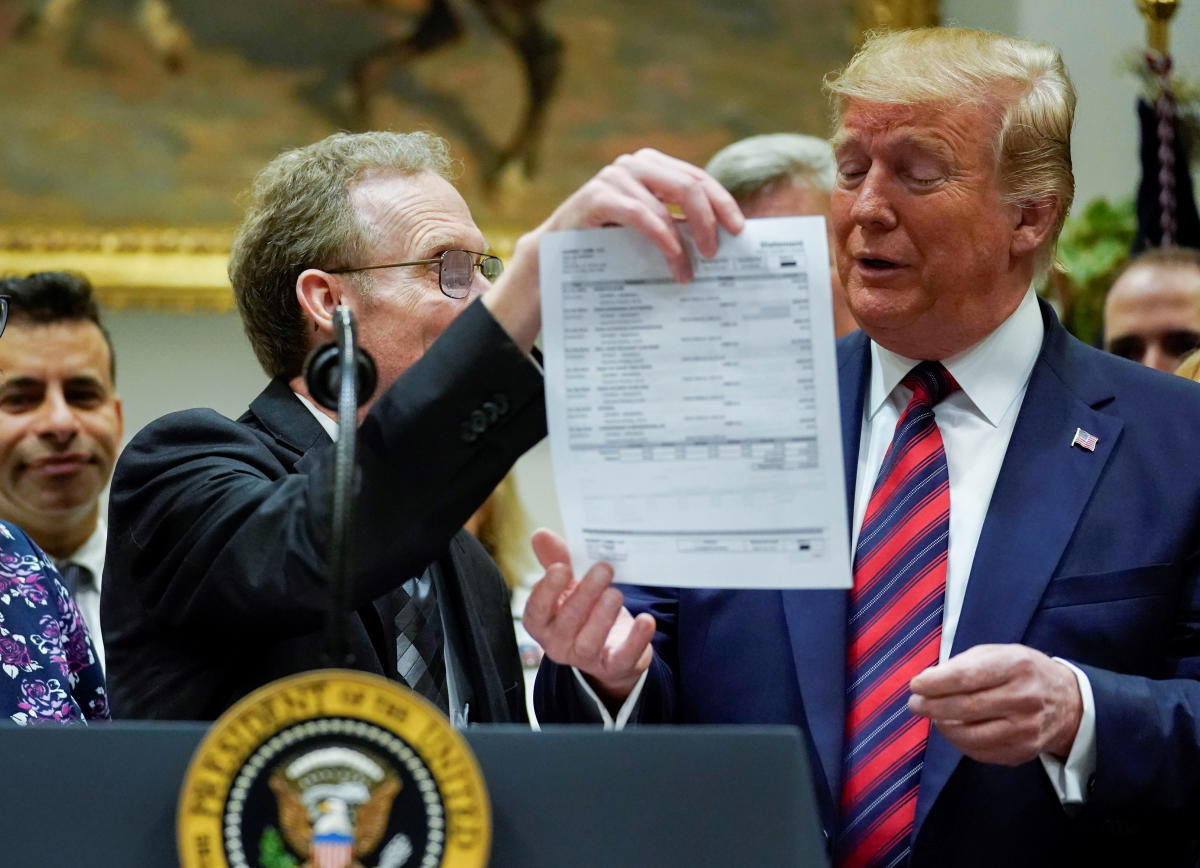 The No Surprises Act, health care legislation targeted at preventing surprise medical bills, officially went into effect on Jan. 1, albeit with one major exclusion: ambulance bills.

“I think part of the issue is that a lot of ambulances are run by the states, which makes it more complicated for them,” Matthew Rae, associate director at the Kaiser Family Foundation, told Yahoo Finance.

Furthermore, Rae added, you can “absolutely not” request a specific ambulance provider to ensure it’s in-network. Just 10 states have laws in place protecting consumers from being balance-billed by a ground ambulance provider.

“Most places you may not have a choice over who’s the ambulance that shows up,” Rae said. “This is absolutely a place where someone who is having an emergency has to make a call and they don’t have control picking their provider and then they are potentially subjected to a surprise bill.”

According to the Peterson-KFF Health System Tracker, citing data from seven states, “more than two-thirds of emergency ground ambulance rides had an out-of-network charge for ambulance-related services.”

Loren Adler, associate director of the USC-Brookings Schaeffer Initiative for Health Policy, told Yahoo Finance that there is “only one [provider] who has a monopoly contract for the region you live in. There’s literally no choice. Not that you really have a choice of emergency physicians, barely have any choice over an anesthesiologist, but it’s even more extreme. We think of ground ambulance services as if it should be like a municipal fire department type of service.”

“It’s fundamentally broken … it’s not like the ambulance has as much power because they don’t get to choose who they pick up,” he said. “Neither side has a lot to stand on here. And then you’re getting a lot of one-off fights between the insurers and the ground ambulances which is not great for the patients stuck in the middle.”

And those who are without any health insurance and in need of an ambulance are responsible for footing the entire bill, though Rae noted that they do have the ability to negotiate.

“This is a place where people can incur big expenses,” he said.

‘Prices are the problem’

And so why were ambulance costs excluded from the No Surprises Act?

In the meantime, some state and local governments have enacted their own laws to try to regulate these prices. According to the analysis by Peterson-KFF, however, “some of these state regulations only apply to a subset of ground ambulance agencies.”

“Self-funding kind of messes up state regulation here,” Rae said. “This is a place where states have the ability to regulate their fully insured plans, which is only a small share of those with private coverage, about a third of those with private coverage. In the vast majority of these cases, it has to do more with the market, but it has to do with what the state legislators are doing.”

“It’s possible they contract with some insurers and not others, but I suspect there are some providers who just don’t contract with insurance,” he added. “They don’t want to accept a negotiated wage. They may have the leverage in the market to do that. By not contracting with insurers, they can charge out-of-network bills.”

Cara Stewart, director of policy advocacy at Kentucky Voices for Health, explained that the privatization in health care has led to these higher costs.

The highest total cost of ambulance spending was in California, which spent $380 million from 2010 to 2019.

Stewart criticized these high fees, especially since the onus often falls upon the patients.

“Most health care pre-determines your options based on your network, your geography, who you need to get in with, who provides that service, and if it’s an emergency and it’s the only trauma hospital around, you have to go to that one because you need trauma care,” Stewart said.

She continued: “Those are all traps to convince people that you’ve somehow failed as a person dealing with your own finances. That’s a complete trap. You have not failed. It’s not even possible for you to make an informed choice because even if you tried, even if it’s one of those largely shockable services, try to call and find out how much it will cost at different places. You will spend hours and hours of your life and never get the answers.”

Adriana Belmonte is a reporter and editor covering politics and health care policy for Yahoo Finance. You can follow her on Twitter @adrianambells and reach her at [email protected]

Read the latest financial and business news from Yahoo Finance