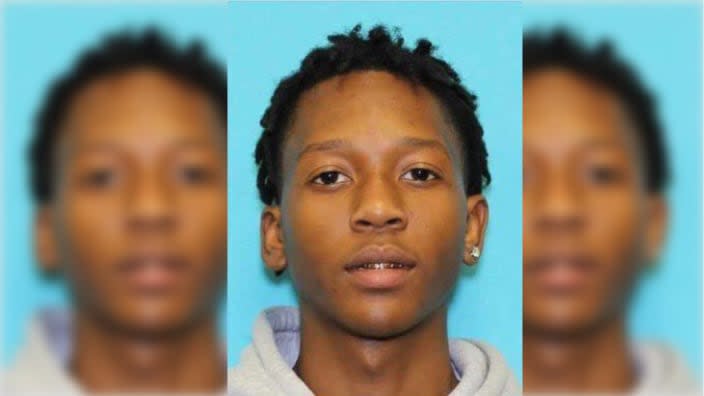 OPINION: Even if mental health could add context to a devastating situation, that avenue is rarely explored when Black boys and men are involved.

New details of a recent shooting that left four people injured at Timberview High School in Arlington, Texas, reveal that bullying may have triggered this tragic event.

According to Arlington Assistant Police Chief Kevin Kolbye in a Wednesday afternoon news conference, the violent attack stemmed from a fight caught on video that broke out in a classroom. Sources close to the case say that a robbery may have preceded the events, leading to the dispute. What’s more, the mother of the alleged gunman, Timothy Simpkins, who ultimately turned himself in, said the 18-year-old was bullied and robbed at least twice.

While the identity of the people on the video has yet to be confirmed, the entire ordeal leaves us to wonder if poor mental health as a consequence of persistent bullying played any role in this sad story.

The impacts of bullying on mental health

School shootings have become all too common. Since 2018 there have been 81 school shootings, with the COVID-19 pandemic serving as the main factor for the interruption of this growing trend. Oftentimes mental health is at the center of these tragedies, but its relevance has come into question.

Bullying is one of the most pervasive forms of school violence, affecting 1 in 3 young people. Research suggests that children and youth who are frequently bullied are more likely than those not bullied to experience depression, anxiety, and low self-esteem. They also are more likely to feel like an outsider at school and want to avoid school, which affects academic performance.

A recent U.S. Secret Service study that examined 67 thwarted school plots nationwide, found a similar troubling pattern — the students who were making plans to attack schools were more likely to be badly bullied, exhibit prior worrisome behavior, and experience stress at home. It appears that the constant bullying creates an imbalance of power between two or more young people. When the stress reaches a boiling point, the person who is being picked on can snap, sometimes violently retaliating against the perpetrator.

Declines in mental health do not explain the rising number of school shootings in recent years. Study after study has demonstrated that people with mental health issues commit only a miniscule percentage of mass shootings and account for less than 1{5dfd1de9da59c0c38ca6720e3c60aa45adf7724498a16e1572e038fdc81a6ae9} of annual gun homicides. In fact, people with serious mental illnesses are more likely to be the victims of violence; and the vast majority of gun deaths in America are from suicide, which means that those with mental illness are far more likely to harm themselves than others. Therefore, blaming mental illness (and video games), perpetuates an unfounded stigma, while allowing stagnation on gun reform to persist.

Mental illness has been used to wrongly justify the use of violence for some groups, but not others. In recent years there has been much debate surrounding the unequal news coverage of white and Black men, especially when criminal accusations are involved. The narrative is almost always the same — a major media headline highlights that a person, often a white man, is on a shooting spree. As the story unfolds, reporters dig up information about the assailants past, citing past instances of erratic behavior and possible mental illness.

Journalists go to great lengths, bordering on violating HIPAA codes, to convince the masses that a white man wouldn’t commit this heinous act if he were “in his right mind,” insinuating that a white man simply could not be a horrible person who decided to kill innocent people. News media looks for any explanation to make sense of his actions, knowingly, and unknowingly, using mental illness as a convenient excuse.

This is rarely the case for Black men, even Black teenagers, who are publicly criticized with the same veracity as adults. Major news media outlets, with or without details, call accused Black men suspects, and immediately begin to build the narrative of the nefarious troublemaker who is the product of a broken home. Television producers go in search of potentially “suspicious-looking” images to pair with provocative bullet points that list examples of past criminal activity.

Even if mental health could add context to a devastating situation, that avenue is rarely explored when Black men are involved. So it should come to no surprise if this angle garners little in the Timberview school shooting case. Building a fair and balanced story simply makes for less provocative TV, even if families are desperately searching for answers.

We must stop bullying

Mental illness and violence may not dovetail in the way that many of us think, but if refocusing our energy on building inclusive and supportive spaces helps us to avoid even one calamity like the Timberview shooting, it is well worth the effort.

Bullying is a worldwide phenomenon that is stunting the progress of millions of young people. According to United Nations agencies, 30 to 45{5dfd1de9da59c0c38ca6720e3c60aa45adf7724498a16e1572e038fdc81a6ae9} of students experience bullying and physical violence, with half of the world’s adolescents reporting violence from peers at school and an additional 246 million children reporting gender-based violence. These numbers are assuredly underreported when you factor in cyberbullying.

The stress and intimidation of bullying stops our young people from reaching their potential by stunting their social development and academic performance. We cannot allow this unfair treatment and persecution that renders our youth unable to learn, eat, and sometimes breathe comfortably, to be a marker of what is supposed to be an American school system that is open to all.

Appropriately identifying high risk groups like LGBTQ+ and overweight youth and students of color who attend schools with homogenous groups is an important first step towards ameliarotaing this crisis, as these communities are more likely to face bullying, discrimination, and violence. More frequent evaluations of school climate, greater access to social services, and stronger anti-bullying policies to curb violence in schools helps to meet a student’s reasonable expectation of safety in a place where they should feel at home.

Still, we probably stand to make the greatest impact on our young people by sharing and living the values of inclusivity, so that people who differ from you never feel ostracized at any point in their lives. Passing down this idea to future generations – that all people, regardless of race, color, creed, and religion are to be valued – is probably the most anti-bullying action we can ever take in our life.

Dr. Shamard Charles is an assistant professor of public health and health promotion at St. Francis College and sits on the anti-bias review board of Dot Dash/VeryWell Health. He is also host of the health podcast, Heart Over Hype. He received his medical degree from the Warren Alpert Medical School of Brown University and his Masters of Public Health from Harvard’s T.H. Chan School of Public Health. Previously, he spent three years as senior health journalist for NBC News and served as a Global Press Fellow for the United Nations Foundation. You can follow him on Instagram @askdrcharles or Twitter @DrCharles_NBC.

Have you subscribed to theGrio’s “Dear Culture” podcast? Download our newest episodes now!