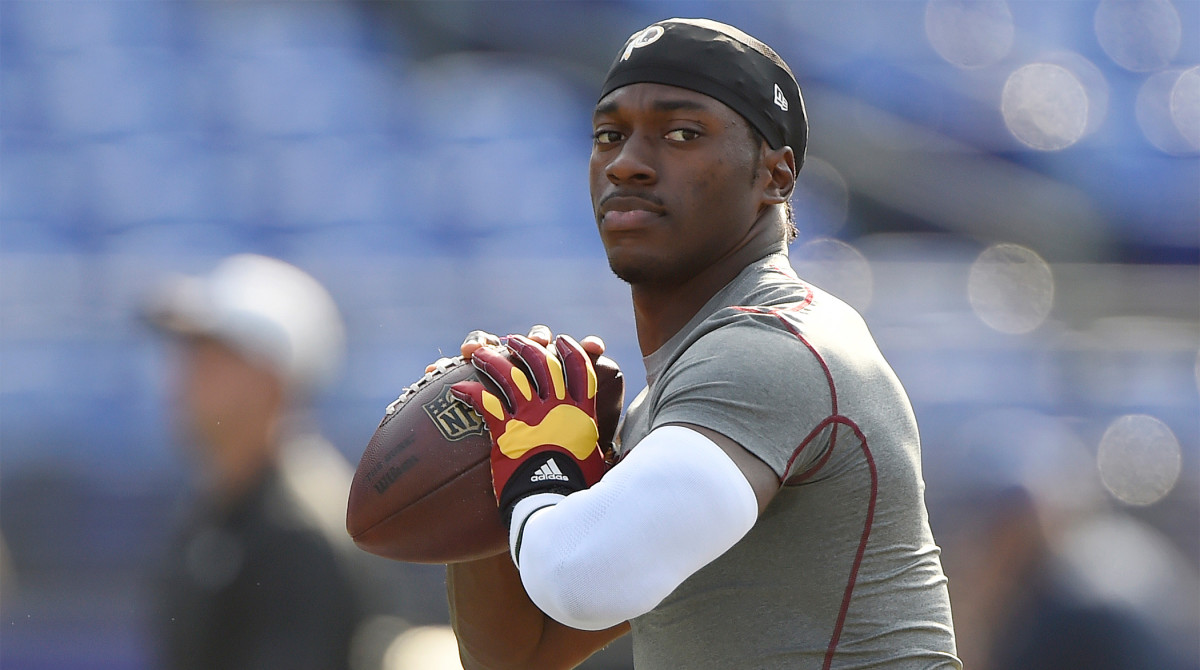 Robert Griffin III announced that his new book, “Surviving Washington,” will detail his experiences, including sexual harassment and “medical mismanagement,” during his time with the Washington Football Team—”one of the most dysfunctional franchises in all of sports.”

“I’m going to tell you the truth about what happened in that playoff game in [2013] against Seattle,” Griffin, who played for the franchise from 2012 to ’14, said in the video. “I’m going to detail the medical mismanagement that I received during my time in Washington. I’m going to open your eyes to the sexual harassment that permeated the walls of that building, and give you a deep dive into a power struggle between one of the most powerful coaches in all of sports and an owner that many of you want gone. They say, ‘The truth will set you free,’ so here it is, unfiltered.”

At first, people thought he was discussing the sexual harassment scandals that the Washington Post reported on in July 2020; however, he clarified in a tweet on Wednesday that he details his personal experiences and why he had not spoken out until now.

Griffin’s book, which will be released in August 2022, comes at a time of reckoning within the league following the WFT investigation.

Two members of Congress have called for “complete transparency” from the NFL on its handlings of the Washington Football Team investigation, penning a five-page letter to commissioner Roger Goodell in October. They asked him to produce “all documents and communications obtained in connection with the investigation into the WFT, its management, its owners, and any other matter relating to or resulting from the WFT investigation” by Nov. 4. The commissioner said the league would “be cooperative” with Congress, but according to ESPN, the NFL only partially responded to the House representatives’ request as of Nov. 5.

The October letter from the lawmakers highlighted that during the league’s investigation, attorney Beth Wilkinson conducted over 100 interviews and collected 650,000 emails, but the findings were not made public.

“We have serious concerns about what appears to be widespread abusive workplace conduct at the WFT and about the NFL’s handling of this matter,” the letter stated.

Dan Snyder, co-owner of the WFT, hired Wilkinson to investigate the franchise’s workplace culture following the Post releasing a report that included 15 former female employees of the team describing their alleged experiences with sexual harassment and verbal abuse within the organization. Additionally, WFT cheerleaders alleged they were secretly videotaped while getting undressed, and later reached a settlement with the team.

The league then took over with Wilkinson reporting to Jeff Pash, the longtime general counsel of the NFL and advisor to Goodell who fell under scrutiny following the 650,000 emails the league investigated that resulted in ex-Raiders coach Jon Gruden’s resignation. The New York Times uncovered misogynistic, racist and anti-LGBTQ emails sent by Gruden from 2010 to ’18, which were also collected and reviewed by the NFL while it investigated the Washington Football Team. The ex-coach reportedly sent the emails to then-WFT president Bruce Allen.

Pash reportedly had a close relationship with Allen, whose correspondence was under investigation. This raised skepticism concerning the league’s impartiality in the investigation, which the congressional members alluded to in their letter.

WFT received a $10 million fine when the investigation concluded but Snyder was not personally punished as a result, although his wife did become co-CEO and began to handle day-to-day operations.