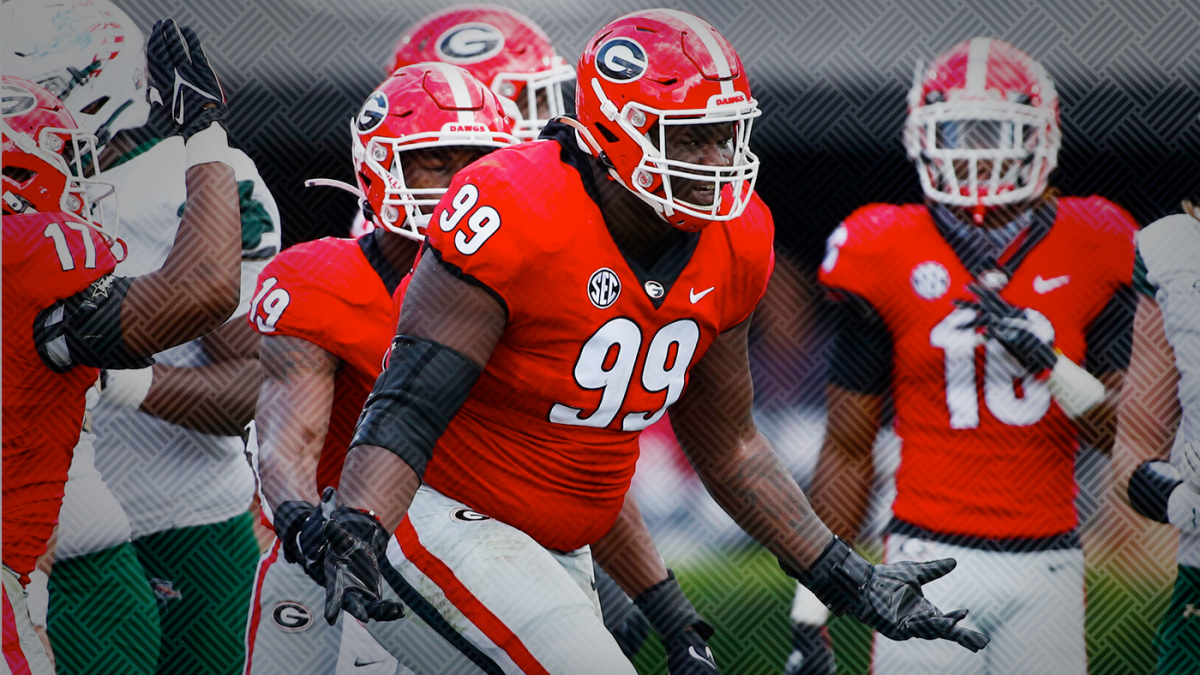 The Bulldogs led by 11 points midway through the third quarter. Later, trailing by four, Georgia found itself driving for the winning score with less than a minute left.

Conley went on to catch 117 passes in his Georgia career, and he’s now playing in his seventh NFL season. But with 9 seconds left and time running out that day in 2012, his catch was the absolutely worst thing that could have happened to the Dawgs. Sitting on his backside, Conley instinctively caught quarterback Aaron Murray’s deflected pass at the Alabama 5-yard line. With no timeouts remaining, Conley, Georgia and Dawg Nation watched time run out again.

Heartbreak is once again a Georgia companion this week of the Florida game. Dawgs everywhere have suffered long enough.

It’s never any individual’s fault after 40 years. This longing for a championship is part of Georgia’s soul at this point. The faithful’s yearning can almost be touched as a loyal, rabid, engaged, wild-eyed fan base wonders if this, finally, is the year.

As four decades have passed by since the last national championship in 1980, being a Georgia fan comes with the unspoken fear — maybe even expectation — that something is going to go wrong.

But we already know this team, this year, is special.

It’s already widely believed these No. 1 Dawgs are, at least for now, the best in the country — maybe the best overall at Georgia since Herschel Walker ran for 150 yards with a dislocated shoulder on his way to helping UGA beat Notre Dame in the 1981 Sugar Bowl to clinch a 12-0 season and that last national title.

If those Georgia faithful can survive Tua Tagovailoa-to-DeVonta Smith in that soul-crushing College Football Playoff National Championship loss four years ago, well, they can survive anything.

“How many times have we had it in our hands and it slips away in the 11th hour?” lamented Murray, still Georgia’s career leading passer and now a CBS Sports analyst.

Several. Maybe Georgia fans aren’t different than any others in their longing. And it would be arrogant of anyone — including an “outsider” — to know the true level of angst. But like a Jake Fromm pass, we come as close as possible to the target.

In the lovely college hamlet of Athens, Georgia, there always seems to be something. If not for back-to-back Sugar Bowl losses following that 1980 season, Georgia could have won three straight national titles.

Pittsburgh QB Dan Marino threw the game-winning touchdown pass with 35 seconds in the 1982 Sugar Bowl. One year later, Penn State QB Todd Blackledge tormented the Dawgs with a fourth-quarter scoring bomb. That night, No. 2 Penn State beat No. 1 Georgia, 27-23. In Walker’s final game, the great running back left with that year’s Heisman Trophy but with no championship.

Georgia didn’t win another SEC title for 20 years. In between, Georgia Tech beat Georgia in overtime (1999) when the officials ruled Dawgs RB Jasper Sanks fumbled at the Yellow Jackets’ 1. Replays showed he didn’t. Coaches like Ray Goff and Jim Donnan tried their best. Mark Richt broke the SEC title drought in 2002 and stayed for 15 years, but in the end, he wasn’t good enough.

In 2007, No. 7 LSU leap-frogged No. 4 Georgia to get into the top two of the final BCS standings, ultimately playing in and winning the BCS Championship Game. In 2013, there was the infamous Prayer at Jordan-Hare.

But nothing compared to how that 2017 season finished. In coach Kirby Smart’s second season, Georgia broke through to win the SEC and defeat Oklahoma in perhaps the best CFP semifinal ever. Twice it led Alabama by 13 points in the title game until Tagovailoa led a comeback for the ages.

“I’ve never been happier in my life,” Saban said.

The Dawgs’ jaws have never dropped lower — in disbelief. Even that next season when it was Jalen Hurts in place of Tagovailoa leading a comeback from 14 down to beat Georgia in the 2018  SEC Championship Game.

Maybe it’s fitting that the day before Halloween, Georgia hopes to maintain the look of a champion against Florida. The World’s Largest Outdoor Cocktail Party is the game by which these programs measure themselves.

It is fitting this week to consider that only five programs nationally have won more games than the Dawgs and Gators since 1980. Georgia is sixth with 374 wins. Florida is seventh with 371. Neither program has won a national championship without beating the other in the same season.

Georgia enters as a two-touchdown favorite, its largest pregame advantage since at least 1995. There are still miles to go. It is one win and one Kentucky loss away from clinching the SEC East. However, this is also one of those years when an SEC title wouldn’t nearly be enough.

It’s almost hard to consider for these long-suffering Dawg fans. Since 1980, Georgia has won at least a share of five SEC titles and 13 times finished in the top 10 of the AP Top 25. That’s not exactly the definition of suffering. Still, throughout most of those four decades, Georgia has largely been a spectator to true greatness.

Florida kicked off the current run of SEC dominance in 2006. The Gators won two national championships in three years (2008). Alabama started its run in 2009. Auburn got one in 2010. LSU has won three times since 2003.

“It always seems like there is one SEC team that is having some kind of three- or four-year run,” Murray said. “On top of that, Alabama is having a 12-year run.”

Georgia would settle for just one to end 40 years of angst.