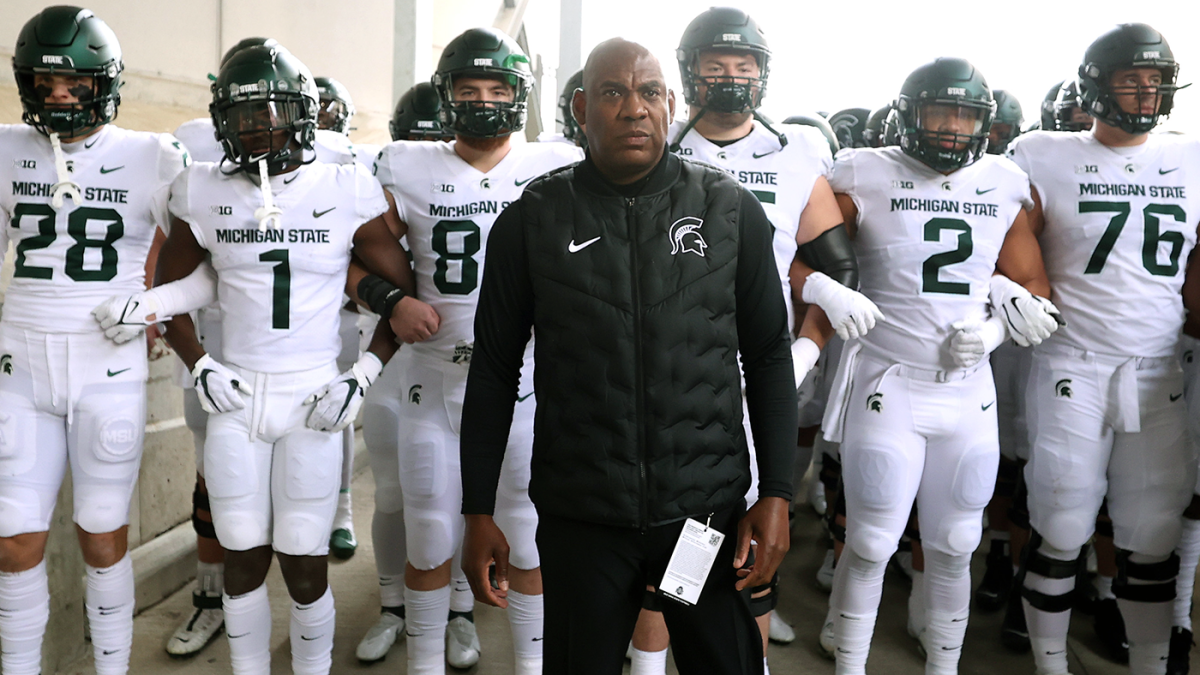 Mel Tucker is overpaid. The man himself has to admit that. Before completing his third season as a head coach — his second at Michigan State — Tucker is now game’s second-highest paid coach.

Nick Saban is No. 1, and there are those who will suggest the only similarity between the two is their contracts, their agent (Jimmy Sexton) and the fact that Tucker once worked for the great Alabama coach. Now, they can buy their own Mercedes dealerships. Wait, Saban already co-owns six of them, the same number of championships he has won at Alabama.

That’s one indicator Tucker has some catching up to do, you know, on the field where these big contracts are supposedly earned. In case you haven’t noticed in the coaching profession, salary frequently outstrips accomplishment.

The reaction to Tucker’s contract in the college athletics’ community is somewhere between floored and stunned. Tucker will collect $95 million from Michigan State over the next 10 years.

Tucker is 16-14 as a head coach in his career. Just 21 months ago, he was leaving Colorado after one season in which he went 5-7. His biggest accomplishment in Spartyland is being the first Michigan State coach to go 2-0 against Michigan right out of the box while having his program competing for a Big Ten title and College Football Playoff berth into November.

He signed his extension Wednesday on the back of losing two of his last three games, at Purdue by 11 (MSU entered as a favorite) and at Ohio State by … 49.

For a while, Tucker’s running back, Kenneth Walker III, was the Heisman Trophy favorite. Walker should win the Doak Walker Award (best running back).

His coach can probably afford a really fancy note card congratulating him.

For Michigan State, such is the price of (attempting) greatness. Tucker is qualified. The man has a lengthy resume including NFL experience, Big Ten chops and serving as a defensive coordinator under both Saban and Kirby Smart.

The Michigan State turnaround this season has been remarkable.

This extension whirlwind is also our American marketplace at work. The demand for good coaches is outstripping supply. Thus, you see inflation. There have been five coaches handed 10-year deals this year, three in the last three weeks — Tucker, UTSA’s Jeff Traylor and Penn State’s James Franklin.

“Scarcity of elite coaches for those in the upper echelon,” one Power Five athletic director explained as the reason for these deals. “Therefore, if you have a guy you believe in, lock him up. Otherwise, doing a search in this market is a lose-lose situation.”

In other words, all the coaching studs are taken to the point the likes of Dave Aranda (less than two years’ head coaching experience) is a hot name at both LSU and USC. Nothing against Aranda, who looks like the next coaching superstar, but not so quietly what used to be a two-year extension has become a 10-year extension.

“Schools are willing to do longer-term contracts if they feel they have the right head coach in place,” Liberty AD Ian McCaw said. “Traditionally, they have been four- and five-year contracts. Now, you’re seeing seven-, eight-, even 10-year contracts.”

McCaw this week extended Hugh Freeze two years to 2028 but at an average of more than $4 million per year. That would be at or near the highest annual salary for a non-Power Five coach.

Is that fiscally responsible, or is it none of our business?

Saban is one of the few coaches in the country who actually earns his monster dollars. His success has contributed to enrollment increases, campus facility upgrades and an improved academic profile for Alabama.

Iowa’s Kirk Ferentz got a $500,000 bonus for winning his eighth game. There are those who have pointed out Franklin has gone 11-9 in last two years and has one Big Ten title in eight seasons. Now he’s earning $7.5 million per year with an additional $1 million in a life insurance loan.

Those observations are fair. It’s also fair to say the Land Grant Trophy that goes to the winner of Saturday’s Michigan State vs. Penn State game, should be sponsored by Rocket Mortgage. Both athletic departments could be banking their futures on combined 20-year contracts worth $170 million.

We should pause here and salute the fact Tucker became the highest-paid Black coach, ever, in American sports. He passes Stanford coach David Shaw.

In the negotiating trenches, Sexton worked his magic again. The super-agent not only knows the market, he owns it. There wasn’t even an opening at Michigan State, and Sexton blew the lid off. Think what he’ll do getting his clients involved at LSU and USC.

ADs can’t help themselves when Sexton is around. Tucker’s name had come up at LSU. He would have interviewed at some point, sources tell CBS Sports. Maybe that’s all the great Sexton needed as leverage, the idea of an interview. After all, he’d already convinced Texas A&M to fully guarantee Jimbo Fisher’s original 10-year, $75 million deal. In August, TAMU gave Fisher an extension after he went 26-10 in his first three seasons.

They’re all overpaid, almost every single head coach at the Power Five level. When you make (much) more than the president of the school, that raises questions about an institution’s priorities. But we passed that mile marker about 50 years ago. No one blinked then. Why start now?

Maybe it’s because Tucker is more overpaid than most.

Again, he would probably admit that, but as Bill Parcells once said, you’re worth what someone will pay you.

Tucker is worth a lot. Only the number of zeroes quantify whatever outrage exists. Critics were jumping down Knute Rockne’s throat when he made $75,000 at the time of his death in 1931. In today’s money, that would equal $1.2 million.

Tucker is making eight times that. How times have changed — or stayed the same.

Legend has it that Bear Bryant left Kentucky for Alabama because he got a cigarette lighter one year while Kentucky basketball coach Adolph Rupp got a Cadillac for his accomplishments.

What a club Tucker has joined. Now comes the hard part: winning.

Those monied boosters who are funding this contract will expect championships. They won’t be alone. Michigan State can no longer hide as Little Brother in quaint East Lansing, Michigan. That kind of money trumpets swagger and excellence.

First, you’ve got to win championships — beating Michigan not only next year but every year. That’s a good start. Becoming Alabama is the ultimate expectation.

For now, Walker can look forward to that really impressive note card.