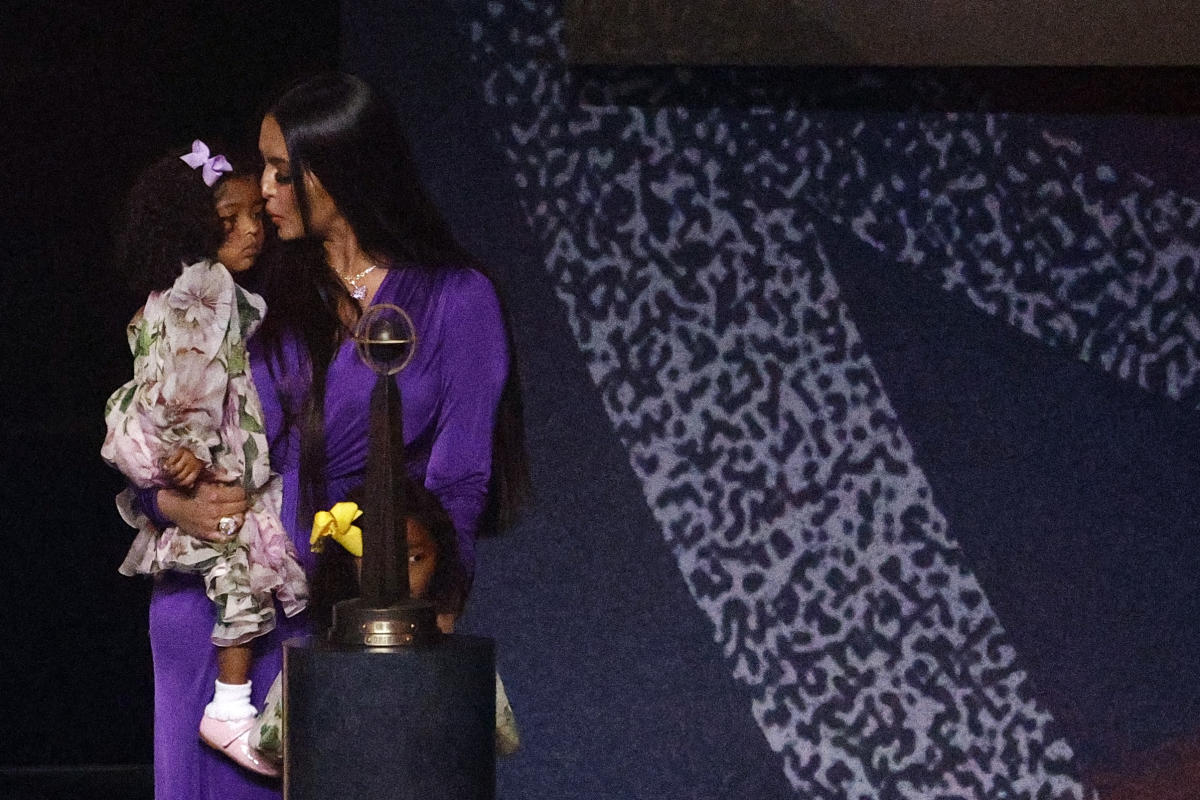 Grief and loss are intensely personal. Those who remain after a loved one dies process it in their own way and in their own time.

Having to do that as the widow of one of the most famous athletes of the last 50 years complicates things in a way perhaps no one else can understand.

Add in losing one of your children with losing that spouse, and it can make one’s heart ache.

Vanessa Bryant has more than enough to deal with.

It’s been nearly two years since the stop-you-in-your-tracks news came that Kobe Bryant, 13-year-old daughter Gianna and seven others died when the helicopter they were in crashed in Calabasas, California. The group was headed to a basketball game for Gianna and the other girls on board.

Almost inexplicably — we say almost because, well, have you been paying attention to the deterioration of society happening all around us? — first responders at the scene took photos of Bryant’s body with their personal devices and then shared them with others.

You know, like the normal, heart-having among us would do with pictures from our first visit to the Grand Canyon. Hey, come look at this gruesome photo of Kobe Bryant’s burned remains!

Vanessa Bryant is suing Los Angeles County and agencies run by that government over the photos for negligence, invasion of privacy and intentional infliction of emotional distress. In documents related to the lawsuit filed this week, we get a clearer picture of how horrifyingly callous some of the first responders were.

Documents say “close-up photos of Gianna and Kobe’s remains were passed around [to] at least 28 LASD devices and by at least a dozen firefighters.”

And that doesn’t include behavior like that displayed by Tony Imbrenda, a county fire department public information officer, who was showing the photos to firefighters and others at a gala celebrating first responders.

According to the filing, one attendee said, “I just saw Kobe’s body all burnt up before I’m about to eat.”

Imbrenda got at least some of the images on his work cellphone from safety officer Brian Jordan, who, Vanessa Bryant’s lawyers say, was at the crash site misrepresenting himself as a fire chief in charge of media relations. Jordan didn’t just send the photos to Imbrenda, there were others.

Sheriff’s Department Deputy Joey Cruz showed photos to a bartender, and that bartender filed a citizen’s complaint in February 2020.

“These deputies and firefighters took the worst thing that has ever happened to me — the worst thing that could happen to any mother or spouse — and made it worse,” Bryant said in the filing. “I will never be able to shake the anguish from knowing that the officials who are supposed to keep us safe treated Kobe and Gianna with such callous disrespect. For the rest of my life, one of two things will happen: either close-up photos of my husband’s and daughter’s bodies will go viral online, or I will continue to live in fear of that happening.”

L.A. County Sheriff Alex Villanueva, whose department was investigated by the California Department of Justice this year, believes that since he asked his staff members to delete the photos they have, it’s all no big deal. No one faced any discipline, because they weren’t “publicly disseminated.”

Except showing strangers certainly is the public. And if any pictures were sent to non-LASD individuals, they of course could be saved. Bryant’s lawyers say people who were not at the crash scene said they’ve seen the pictures, too.

Moreover, Bryant alleges that she’s being “taunted online threatening to leak the photos.” If the threats are real, photos certainly still exist.

All of this is so unseemly, so unimaginably insensitive, and yet in some ways, not surprising. It speaks again to how many people don’t see athletes, particularly Black athletes, as fully human; how once they’ve outlived their usefulness as players or basically aren’t on the court or field anymore, they should be discarded. How the Black body has always been demeaned and devalued, from the auction block where enslaved humans were sold to neighbors gathering to watch a Black person hanged in the town square to even today, when Black women are so neglected by medical professionals they’re three times more likely to die in pregnancy and childbirth than other women.

How many of those first responders have said they loved Kobe, maybe rooting for him from the stands at Staples Center or even buying his jersey? How many lined the 2-mile parade route through downtown Los Angeles after one of the five NBA titles he helped the storied franchise win, screaming and cheering as he rolled by?

Where was that love on that horrible morning, when a man — a father of four daughters, a husband, a coach, a friend — had his life cut short in the worst way?

If they loved Kobe, they’d have respected him even in death. Hell, if they had even a shred of humanity, they would have respected him enough as a person to have not taken pictures, to capture the corpse of a fellow man who died so tragically instead of thinking of only themselves and whatever twisted clout they thought they’d get from pulling out their phones.

Other families affected by the crash have already settled with the county over the photos, but Vanessa Bryant is pushing on. It’s highly unlikely this is about money. It’s about doing what she can to make sure another mother, another wife never has to endure what she has and is, worried that the world will see her husband and daughter’s remains, or worse, that her three living daughters may have to see them. Worried that someone might make a profit off of her incalculable pain.

Kobe and Gianna should have been allowed dignity in death. They weren’t, and Vanessa Bryant is showing the fighting spirit her husband was celebrated for in doing what she can to right that wrong.