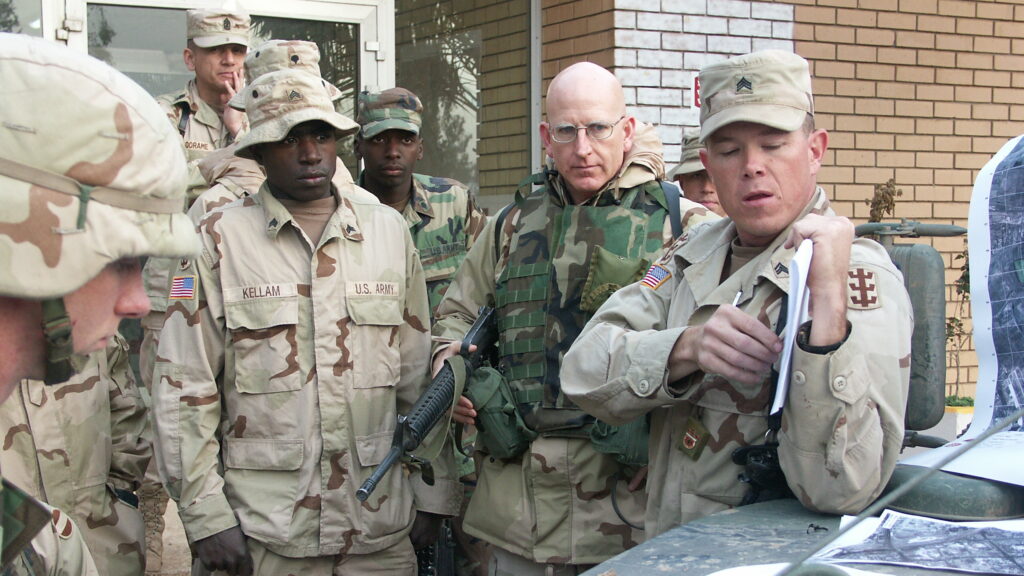 From my teenage years on, I benefitted from what I thought was a positive personality: high levels of energy, enthusiasm, drive, extroversion, positivity, happiness, and optimism.

This was the personality that led me to success as a high school student and athlete, through West Point, and during my first 24 years of Army service. It amplified my natural talents and played a major factor in all my success.

All that changed in 2003 when, as a brigade commander leading thousands of troops in the Iraq War, the intense stress of combat triggered what I later learned was my genetic predisposition for bipolar disorder. I went into my first up/down cycle of true mania and depression. Fortunately, it was mostly of a high-performing nature, and the lows were serious but not crippling.

I was rewarded with promotions and more challenging and prestigious jobs. My unknown, undetected, and undiagnosed bipolar disorder both helped me and hurt me. But by 2012, the balance was tipping towards hurting.

In 2014, when my brain unraveled and I roared off into acute, full-blown mania, I became so disruptive, erratic, and over-the-top that I was removed from commanding the National Defense University and ordered to get a psychiatric exam.

Over the next four months, I spiraled into crippling depression and terrifying psychosis. I retired from the Army, crashed into the pit of mental hellness, and was in a fight for my life.

After two years of battling acute bipolar disorder, a combination of support from my wife, Maggie, and an Army comrade; the Veterans Administration (VA) hospital in White River Junction, Vermont; weeks in a VA inpatient psychiatric facility; various therapies; God’s grace; and the wonder of lithium, a natural salt that is an old drug for bipolar disorder, rerouted me on my long journey back to a new life.

Soon after starting lithium in 2016, I began pulling out of my depression, and Maggie and I moved to warm, sunny Cocoa Beach, Florida, where my mental and physical health improved rapidly, in part due to the climate.

By 2020, after four years of disciplined recovery and healthful living, I felt like the pre-bipolar Gregg Martin. I was once again happy, high energy, enthusiastic, positive, driven, and optimistic — my personality, mood, and mental make-up helping me rather than hurting me.

During my years of treatment, I kept asking my clinicians, “What did I have before becoming bipolar?” They all told me it was “just your personality.”

It was and it wasn’t. When I read “A First Rate Madness — Uncovering the Links Between Leadership and Mental Illness,” a fascinating book by psychiatrist Nassir Ghaemi that my son Phil gave me during my manic phase, I learned about hyperthymia. As Ghaemi describes it, hyperthymia is a mental illness and personality type in which the person is in a near-continual state of mild mania, thus having abnormally high levels of energy, enthusiasm, positivity, and the like. It is different from hypomania, which is an episodic case of mild mania, a change in behavior that can significantly alter a person’s function, since it is such a deviation from the person’s normal personality and behavior.

The light bulb went on when I read Ghaemi’s discussion of hyperthymia. (In his book, he describes Presidents Franklin Delano Roosevelt and John F. Kennedy as having hyperthymia, along with other notable figures like Winston Churchill, businessman Ted Turner, and Civil War General William Tecumseh Sherman, each of whom was afflicted with some level of manic depressive illness, or bipolar disorder as it’s widely known today. Ghaemi argues that their mental illnesses gave each of them significant advantages as leaders, particularly during times of crisis.) It helped explain both my successes and my thrilling launch into mania, crippling dive into depression, and terrifying battles with psychosis. After extensive discussions with Ghaemi, I am convinced that this is “what I had.”

Hyperthymia is not well understood or widely taught in the American psychiatric community. Many medical professionals in the U.S. have never heard of it, or don’t believe in it as a psychiatric diagnosis. It’s not mentioned in the “Diagnostic and Statistical Manual of Mental Disorders, Fifth Edition” (DSM-5), the bible of American psychiatry. It is, however, recognized  in parts of Europe and South America, and certainly promoted by Ghaemi, who builds on the earlier work of psychiatrist Hagop S. Akiskal.

While people with hyperthymia have many personality advantages, they are also at above-average risk for depression, full-blown mania, bipolar disorder, and anxiety disorders. It is categorized as a mental illness, on the low end of the spectrum of manic depressive illness, with dysthymia — its depressive equivalent — at the other end of the spectrum.

As my experience shows, mental illness can both help and hurt an individual, depending on its type and intensity. The mild mental illness of hyperthymia clearly benefited me for decades, as did the high-performing mania of my early bipolar years, until it morphed into acute bipolar disorder, which nearly killed me.

After recovering from the worst of my bipolar state, hyperthymia is once again my friend, helping me be highly energetic, enthusiastic, extroverted, driven, happy, positive, and optimistic. I am blessed — now I just have to keep it that way by keeping my bipolar disorder, still present in my brain, at bay.

Gregg F. Martin is a 36-year Army combat veteran, retired two-star general, former president of the National Defense University, bipolar survivor, and author of a forthcoming book on battling bipolar disorder. The views expressed here are his alone and do not necessarily reflect the views or positions of the Department of Defense or the U.S. government.

Hyperthymia: a mental illness that helped me for years — until it didn’t