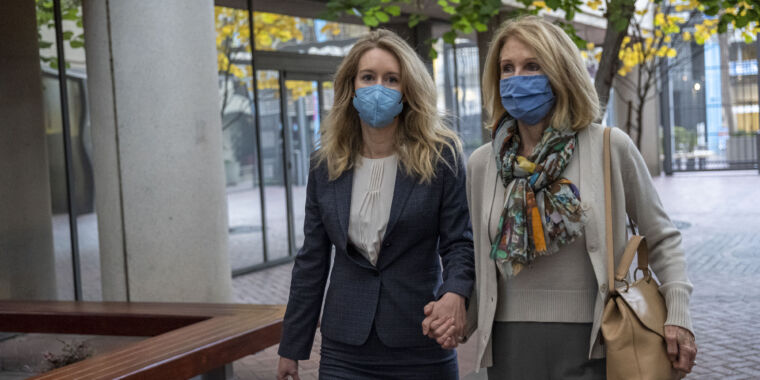 We’ve noticed a recurring theme in the criminal trial of Elizabeth Holmes: most of Theranos’ investors didn’t do their homework before writing a check. But yesterday, the jury heard from one who most definitely did.

Brian Grossman is chief investment officer and a managing partner for PFM Health Sciences, a San Francisco-based hedge fund that, as the name suggests, specializes in health care investments. Ultimately, his firm invested $96 million in Theranos, and that investment underpins one of the counts of wire fraud with which Holmes has been charged.

Grossman began his day on the witness stand by recounting a December 2013 meeting he had with Holmes and Theranos COO Ramesh “Sunny” Balwani at the company’s lab in Palo Alto. Holmes and Balwani gave a presentation in which they claimed that Theranos had spent a decade in clinical trials and that their technology could do “a thousand” different blood tests.

“Ms. Holmes was actually very clear that they could match every test on the Labcorp and Quest menu of tests,” Grossman said, referring to two of the nation’s largest medical diagnostic companies.

What’s more, Grossman recalled Holmes saying that Theranos had “something over $200 million in revenues from the Department of Defense” from when her company was developing the tests, a figure that the jury previously heard wasn’t remotely accurate. Holmes also claimed that Theranos’ technology had been “comprehensively validated” by pharmaceutical companies, another bogus claim. Yes, a few pharma companies, including Pfizer and Schering-Plough, had contracts to investigate the startup’s devices, but those companies all came away unimpressed. Still, that didn’t stop Holmes from sending investors reports, authored by Theranos, that were stamped with those companies’ logos.

Based on what he heard at the meeting, Grossman came away impressed with what Theranos had accomplished. “There really were no limitations to the technology,” he told the court.

Balwani also told Grossman about Theranos’ partnership with Walgreens and how his company was starting to roll out its diagnostic devices inside 8,100 drug stores. Grossman asked Balwani if he could speak with Walgreens. That’s when things got weird.

Balwani told Grossman that he was “very uncomfortable” with the idea, that it “would be a strange conversation,” and that “it wouldn’t look good,” Grossman recalled. “He had a series of responses along those lines.”

The investor also told Balwani that he wanted to speak with United Healthcare, which supposedly also had a contract with Theranos. Balwani again demurred. “It will look badly on us if investors are asking to speak to someone at the company,” Grossman recalled him saying. That “forced us to rely on the representations they made to us,” Grossman told the jury.

Grossman continued to press for more information. He spoke with Channing Robertson, who was a Theranos board member and a professor of chemical engineering at Stanford. Over two conversations, Robertson told Grossman that the company’s technology was sound.

Grossman even went to a Palo Alto Walgreens, unannounced, to have his blood tested. Instead of getting a finger prick, his blood was drawn from a vein, and it took him over four hours to receive the results. When Grossman followed up with Balwani about this, he was told that it was because his doctor had ordered a rare test.

What Balwani didn’t tell Grossman was that the investor was on a Theranos VIP list—the lab made a special effort to run his test quickly. Balwani also didn’t disclose the fact that Grossman’s test was run on a third-party device.

In January 2014, Grossman sent Holmes and Balwani an email with a long list of questions divided into seven categories. “We as a group came up with questions that we wanted to better understand the business,” Grossman told the court. He said he had three analysts working on due diligence for the Theranos deal. “We wanted to ask the same questions in as many ways as we could so there was no ambiguity and no confusion as to what the technology was doing.”

That same month, Grossman had a follow-up meeting with Holmes and Balwani, during which they toured Theranos’ lab and manufacturing facility. Throughout the tour, he only saw Theranos devices, not ones from third parties. If he had known that the company was using third-party diagnostic equipment, it would have “raised a whole series of questions about what the technology was capable of doing,” Grossman said.

The honeymoon didn’t last long. In 2015, reporting by The Wall Street Journal exposed myriad problems with Theranos, and the next year, PFM Health Sciences sued the startup. The parties reached a $43 million settlement with no admission of wrongdoing on the part of Theranos.