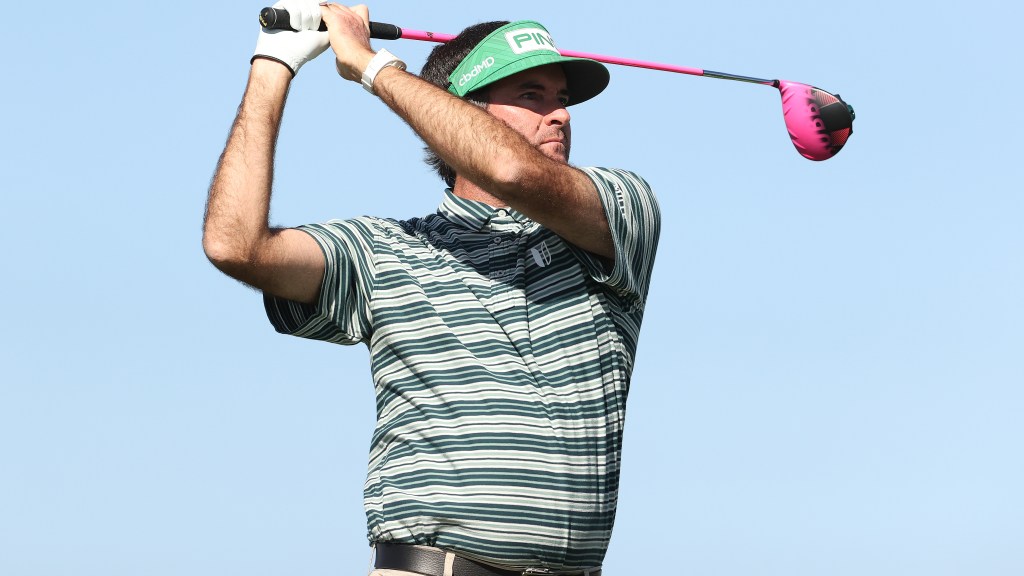 Bubba Watson joined the PGA Tour in 2006. Four years later, he became a Tour winner at the 2010 Travelers Championship at TPC River Highlands. And when he drove down Magnolia Lane on Monday in 2012, he was not only a then three-time Tour winner but a new dad. Just a few days earlier, Watson and his wife, Angie, adopted their first child, Caleb.

Sunday afternoon, his back seat had another new passenger — a green jacket.

In four days, Watson went from a solid PGA Tour pro to a Masters champion and one of the biggest names in the sport. And two years later, after another triumph at Augusta National, cemented himself as a star.

But with that stardom, came hardship.

No longer could Watson stroll through Tour events without interviews, TV appearances, and everything else that came with a high world ranking. Everyone wanted a piece of him.

And as those pieces started to be cut off, so did Watson’s weight.

As the opening scene of his new book, “Up and Down,” depicts the Bagdad, Florida, native hopelessly standing on a scale realizing he’s down 30 pounds with no explanation from doctors as to why.

“Golf was killing me,” he writes.

In pictures: The many faces of Bubba Watson

At that moment Watson understood he couldn’t do this by himself. He needed to open up to the people in his life, leaning on them for support. When the conversations started, so did his recovery.

The weight, slowly but surely, started to come back, and once Watson realized he was getting better decided to tell his story.

Throughout ‘Up and Down: Victories and Struggles in the Course of Life‘, the two-time major winner describes his incredibly important relationship with wife Angie, including how they met at the University of Georgia. His relationship with long-time caddie, Ted Scott, and how he clashed with both the media and other players on Tour.

“I chose to make golf and life fun again. To live the life I wanted, not the life people expected me to live. Somewhere along the way, I began to accept that there is a bit of a pattern that connects my life and my performance on the golf course,” said Watson. “My best playing didn’t come back until I regained control of the fear and anxieties that were clouding my mind.”

Hopefully, Watson’s story will not only allow other players to voice their struggles with mental health, anxiety, or any other battle their fighting, but the world.

When you open up to someone, more often than not, it results in a conversation rather than a monologue. Everyone is going through something.

Bubba Watson opens up on mental health struggles in new book: ‘Golf was killing me’