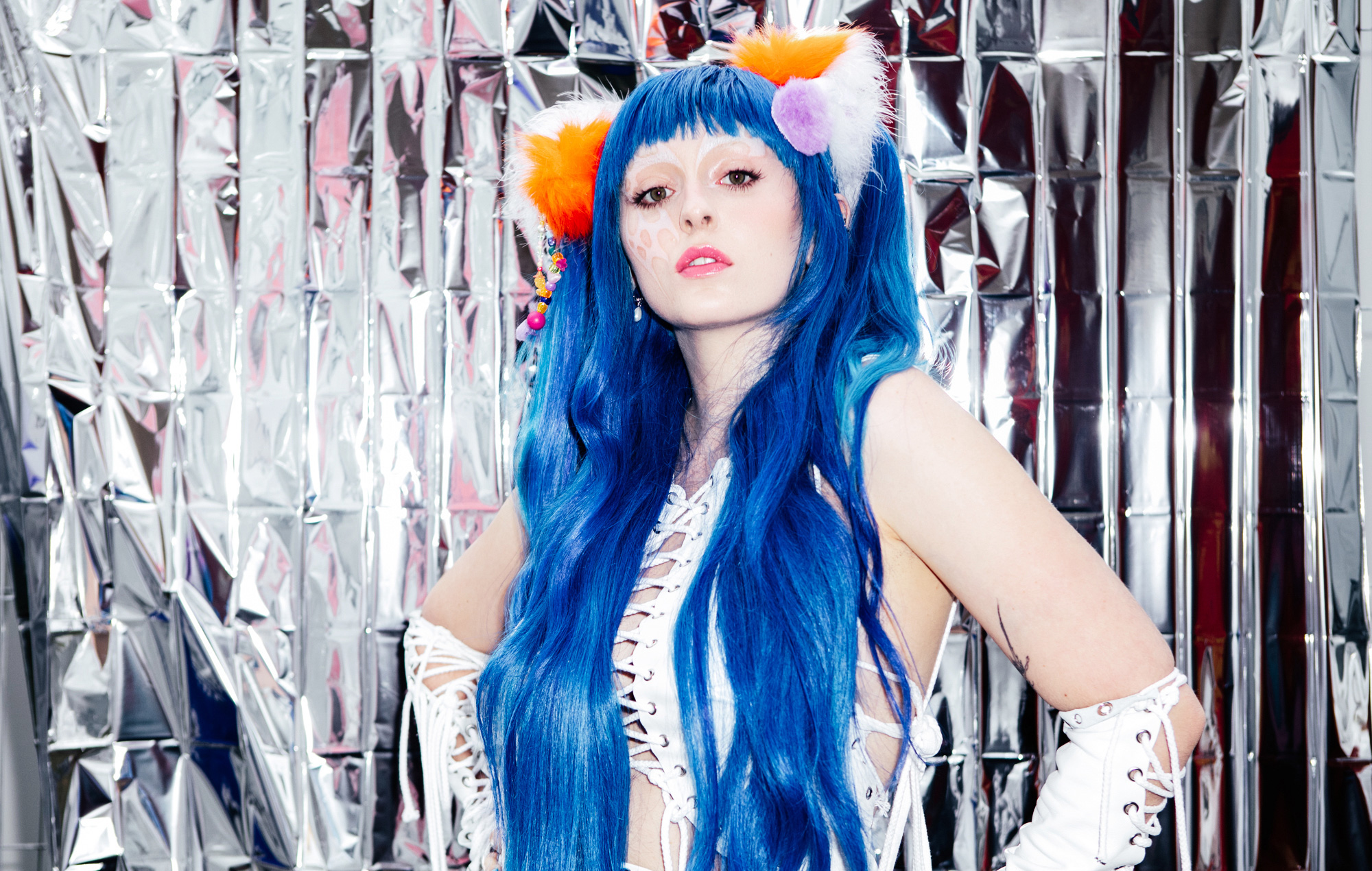 As Ashnikko releases two new singles, the genre-blending artist has spoken to NME about mental health, as well as contributing to the Lady Gaga remix album ‘Dawn of Chromatica’. Watch our video interview with Ashnikko above.

“I wrote this song [‘Panic Attacks in Paradise’] pre-pandemic when I was on vacation, I had been working really hard, just going going going,” Ashnikko told NME. “When I actually stopped to be with myself and be still, I didn’t know what to do. I was having really horrible mental health problems and I ruined my vacation for myself; so I quite literally had a panic attack in paradise.”

Ashnikko also discussed “a sense of guilt around having depressive episodes” when “everything is fine physically in my life”.

“My career is going great, but I just have really fucked up brain chemistry sometimes,” they said. “I feel like it’s so annoying to have mental health problems when you can’t actually put a finger on why it is that you are having those problems. Or when language fails you and you find it really difficult to explain why.

“It’s so lonely to have mental health problems and not be able to articulate them, which I find happens to me a lot. I tried my best to articulate it and put it into song.”

‘Panic Attacks in Paradise’ and ‘Maggots’ sit together as “two flip sides of the same coin,” Ashnikko explained, as “when I get really upset and I’m really going through it I cry and then also rage.”

They went on: “When we decided to release ‘Panic Attacks in Paradise’ I was a bit apprehensive, as it’s uncharted territory for me. It’s a little bit more emotional and a little bit more vulnerable. I’m a joker at the end of the day – if I put out an emotional song I have to counter it with something ridiculous and high energy, to be like: ‘Yeah I’m vulnerable, but also I’m not playing, I’m not fucking around. Here you go, here’s a song to mosh to’.”

With ‘Panic Attacks in Paradise’ a counterpart to ‘Maggots’, Ashnikko wanted to rage on the latter. “When I get my feelings hurt I tend to go on the offence and write songs like ’Maggots’,” they said. “I feel like putting on a protective outer shell like a tortoise and just raging. Some of the lyrics are kind of funny. I think the best like I’ve ever written in my life is: “You butt crack krakens want my pirate treasure”, so I think really did the damn thing.”

When asked if these two singles will be stand-alone or be part of a wider project, Ashnikko replied: “We’ll see. I’m working on my album right now, but I don’t want to make any promises.”

Ashnikko also gave an update on what their upcoming debut album could include: “Some songs on this album are from years ago that I’ve just been saving and collecting, but I’m going to get into it after this tour [later this year], and really start jigsaw puzzling the situation.”

Alongside their own music, Ashnikko has also been busy with collaborative projects, including a version of ‘Plastic Doll’ for Lady Gaga’s recent remix album ‘Dawn of Chromatica‘.

Ashnikko explained how their involvement came about: “[Album producer] BloodPop just asked me one day if I wanted to be on the album, and obviously I had to. Gaga is the blueprint, the queen. Me and Oscar Scheller did that together. We actually made it when we were in Mexico, and we recorded the whole thing under a duvet as we didn’t have a recording booth. So we have videos of me under a duvet in the sweltering heat singing. It was cute, very DIY vibes.”

Another group Ashnikko has worked with are Tomorrow x Together, co-writing ‘Frost’ a song that appeared on the K-pop group’s second studio album ‘The Chaos Chapter: Freeze’.

“I wrote that song with Jacob Manson and Gina Kushka, we wrote it in English, sent it over…and they translated it to Korean, and it all came about,” they explained of the process. “I’m super happy they took our song. It sounds really good, they totally reinvented it and made it spectacular.”

Watch our full interview with Ashnikko above.

‘Panic Attacks in Paradise’ and ‘Maggots’ are out now. Ashnikko is set to tour the UK and Ireland at the end of the year – see the dates in full below:

For help and advice on mental health:

Ashnikko: “It’s so lonely to have mental health problems and not be able to articulate them”